I've been watching so many videos from middle school (book research...seriously!) that it feels like 1993 in here. Except if it was 1993 I'd be paying $2.95 an hour to access the internet via AOL and there would be no blogs, but whatever.

Since I get less and less clever with every passing moment in the sweltering subway station, I'm gonna totally change the whole Sunday Top Ten thing. It's just gonna be like--Top Ten anything. Like this week, in honor of 1992-1995, I've taken some screen shots to compile:

THE TOP TEN APPEARANCES BY FLANNEL SHIRTS IN MARIE'S VIDEOS FROM MIDDLE SCHOOL!

(This wasn't hard, because the flannel-per-capita ratio at Emerson was out of control. we wanted to be Kurt Cobain/Jordan Catalano--even the girls (we all look like Michigan Womyn's Festival toolbelt tent-happy hippies with skater pants)

10. Somehow, flannel shirts were the chosen costume for our lip sync performance to Madonna's fashion-forward anthem "Material Girl." Here Alina (My Best Friend 2) and I perform my choreography, but obviously she's a better voguer than me. 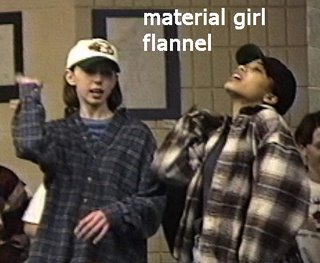 9. Like stripes and patterns but better and with more edge. 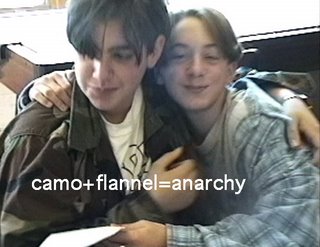 8. Best Friend Number One, Becky, being assaulted by me from behind. 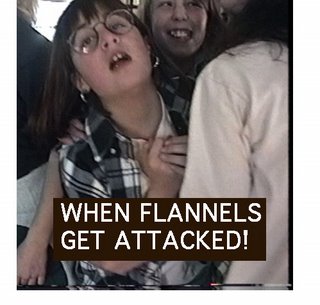 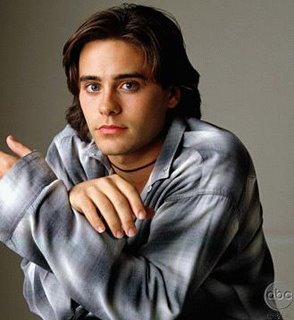 6. Alina, My Best Friend 2, was the hottest girl in school. Which is why boys sometimes let her wear their flannels. I chose this look because I like how she is mixing her pink outfit with this hideous brown flannel, but it's almost like a style all it's own, right? 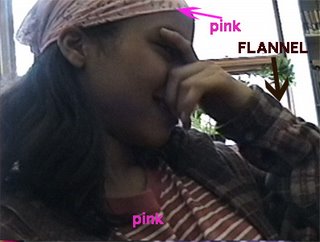 5. This is some kind of hippie shit where I must have been learning something. 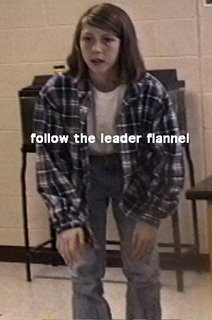 4. This is what happens to pre-adolescent boys who's parents send them to a 100-student middle school for "gifted and talented" students. It's called overcompensating. The other boys are playing Magic the Gathering. 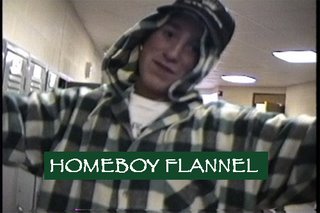 3. We were wearing togas for some sort of hippie unit on the Greeks. But that doesn't mean that you can't also wear FLANNEL!!!

2. This is Erika and I doing some hippie presentation about some science gravity whatever thing I probably failed anyway. Check out the flannel-overall combo though. 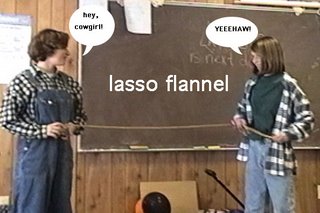 1. This is how I feel when I see Jordan Catalano:* 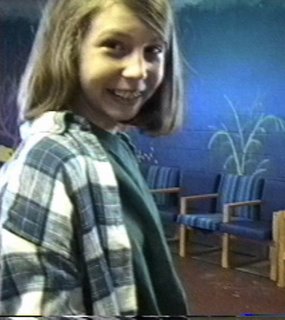 The only thing sadder than flannel is overall which in reality should only be worn by pregnant women and people under 5'3".

that should be overalls, because gangstas who wear them don't believe in proofreading witty comments

lumberjacks who write witty blog entries can't proofread either--i totally used "overall" in the entry itself. i'd change it, but i like the double entendre. i can't spell that word. it might be right. fuck. who knows.

yeah i didn't get a boyfriend in high school until my gay best friend gave me a makeover. at The Buckle.

I don't know about Michigan...but in southwestern PA we had an additional favorite Flannel "Do" for your list. It was the flannel over a turtle neck with a gold chain with a charm of some sort (most likely sun or moon and stars) popping out the top of it and diving over the fold to dangle unnaturally at the neck of the middle-schooler. I guess this was dressing up the flannel??
Thank god we are now trend setters living in the hippest area of NYC and if we did want to wear flannel one brisk Williamsburg morning it would be totally fucking ok because we make the rules, and obviously this would be a sign of confidence and irony and not fashion regression.

PS. I'm totally airport-blog-commenting as I leave this small southwestern PA town, where I was in fact wearing an oversided hunter green Jordache Hoodie from 1995 last night over my tank top because I forgot that it gets chilly at night in places where pollution doesn't blanket the sky.

my favorite charm was the "Best Friends" broken heart charm.

And my favorite turtleneck is, and always will be: THE MOCK TURTLENECK!

in addition to the requisite MSCL look, i also had flannel sheets.

when your bedsheets create balls of blue lint, it's never a good thing.

I need flannel sheets. That might be the icing on the cake of my bed, which is as comfortable as angelclouds.

On a trip to LA a couple years ago, who should I see strolling out of the restaurant as I am strolling in but one Jordan Catalano. He had some greasy hair and cheesy gold-rimmed truck driver sunglasses on, but whatever. It was Jordan Catalano.

(It's possible he was wearing flannel since it was end of November. )

This marks my first visit to your blog and I must say, your flannel photos have won me over in seconds flat.

Holy shit, that's just what Jordan Catalano said to me before making sweet love to me! "So, this is my first visit to your...bed...but looking at you in that babydoll-dress-flannel-leggings-oversized-additional-flannel-Angela-Chase-getup...well, you know....you've like...like, totally, like won me over!" !!!!!