I'll Send My Winter To You

It's Winter Now. Cold, etc. An open letter of tribute to Winter-Wear, My Winter Essentials:

Jeff Buckley:
He (not Jeff Buckley, but My He, an Illusive He, He Himself) told me in one of our first conversations that he wanted to play Tom Waits at his funeral, "Take it With Me," to be specific, and I've listened to it a million times since then and I think I agree, mine too, maybe he and I will go down together, that would be easiest, you could just play the song once. But what gets me about funeral songs (those of us who've spent years feeling morbid, staring into voids of emotion or aspiration, know this) is that people can't sing at their own funeral, you know? But if the ghost of Jeff Buckley could've sang a song at the funeral of Jeff Buckley I would like for it to be "Lilac Wine." Listening to Jeff Buckley is like flirting with Death, except that Death is fashion model with expensive skin and eyes like bullets and she is wearing a white t-shirt and Jeff Buckley's underwear. Listening to Jeff Buckley is the closest we can get to unbridled pain without having any unbridled pain in our own lives. "Everybody loves Jeff Buckley," a friend said to me yesterday. "Not people who want to be happy," I said. In grey freezing January, you have no choice about happiness. Crank it up. Cold and broken Hallelujah ...

Maybe you like them naked, which is obvious, I guess, and makes certain things quicker, and maybe the fact that I'd rather see my lover in a hoodie is the kind of thing that indicates premature aging, perhaps the shriveling of ovaries or that my kind of love is less like Maxim and more like Good Housekeeping but when I see my lover in a hoodie I want to curl up next to them and stay there, possibly forever, or at least until March. I want to laugh while I stick my head underneath the billowy stomach of it and then push it off. I want to see you in a hoodie and then I want to take it off. 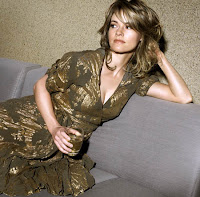 The L Word Day:
I remember when the boys complained 'Why isn't there a "Take Your Son to Work Day?" and I thought Because every day is Take Your Son to Work Day, because that's how it is, you take him there--THERE--or you raise him to believe he deserves Assigned Work and he takes himself somewhere like THERE, and The L Word is Our Day, like Our Chart. The L Word Day is because everyone else got Christmas. The straight people got Christmas, because they had swollen bellies holding babies and man holding wife. But too many homo-people didn't get Christmas, didn't get real questions about their lives which are words that mean I Love You, instead they got the cold stare people deliver instead of saying I hate you you make me nervous and they didn't get rings that later go with certificates to announce at cheering tables of families lost already to the abc family channel and so you come back to where you've set up exile and you wait and in six days, it is Your Holiday, it's The L Word Day, where lesbians are beauty queens and straights are serving punch and crackers on folded tables, it's The L Word Day you deserve it, everyone else just had Christmas, goddamnit. 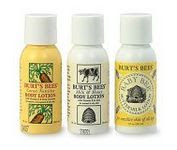 children in a lot of winter gear
I make animal sounds (gentle animals, animals with fur who can't run too fast) of approval and Hallmark quality cute overload for small children who have little limbs sticking out of their boxy winter parkas. I think it is funny. It makes me laugh and smile and want to be a child or have one, and if I have one I want to drop it into a big green puffy coat like a pea into a fleece pea-pod with gortex lining. Like a marshmallow. 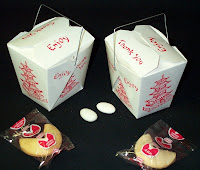 empire corner
You are only two corners away from me but I am too hungry to walk. Maybe I passed by you on the way home but honestly I've never been inside, I don't want to smell like Wok Night (wok night, we had that at interlochen, the teachers made stir fry in a wok and all night long our clothes reeked of soy sauce and sesame oil just from that thick air in the cafeteria). I find it amazing that you ride your bicycle through snowdrifts. My fortune is a snowflake, all lucky numbers, and the cookie is only a little stale.

sleeveless coffee
Maggie and i just had a 10 minute conversation about ways to get Starbucks delivered here (car service? homeless person? courier? submissive man from craigslist?). I am thinking of my fingers on the coffee cup without a sleeve. In the summer we have shirts without sleeves. In the winter we have cups without sleeves. It feels like the cardboard might be searing away the lines of our fingerprints, but it feels like so much good heat all at once, I'm willing to burn my tongue or my identity just to taste it. 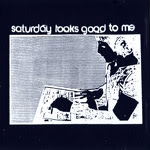 top song for s.a.d:
"I'll Send My Winter To You"
by Saturday Looks Good to Me

Holding together with glue
he says the particles are entwined
a presentation past due
outdated misshapen valentines
I'll send my winter to you
with the last of the ice early april melts
No point in being confused
over old months collected and times we've spent
spring has been harder to see
then at one point I might have believed
Light pulls itself into view
weary eyes watched sun rise over fall
sleep for an hour or two if only in respect
for the principal
Written in rain in a coat designed to be unbreakable
At the bottom of the lake
in the center of town
still covered with snow
Elected scraps
and artifacts
of some unsung history
dragged from frozen deeps
while the neighborhood sleeps
silently leering
I'll send my winter to you
if only to have someone to send it to.

This is so fucking insanely gorgeous. I feel like I lived today so I could read this. You are amazing. PS. I agree that hoodies are hot. PPS. Despite the impracticality, since winters here mean zero-degree days, hoodies are my winter gear of choice.

Hey quite an interesting post...liked reading through your thoughts...and hey also stop by my blog sometime and check some cool stuff i've posted there!!!

but look around, leaves are brown now...

Oh Marie---this reads like you wrote it only for me. If this your way of saying thank you for commenting I will, from now on, comment every week!

"Satisfied Mind" for me, by the way, which is like the crack in the curtains to me...

Aw, Riese. I love this. I love your writing. Where's the personal ad?

And p.s. I think I am the only New Yorker who does not like, "Hallelujah." If I am in that type of mood, I would much rather pop in the entire "Fumbling Towards Ecstacy," Sarah McLachlan.

"The ice is thin, come on
dive in, underneath my lucid skin
The cold is lost - forgotten"

Mercury said...
This comment has been removed by the author.
12:55 PM

the leaves are brown now... but the cherry blossom tree outside my window has small buds at the end of each limb

What did you delete Rachel?!

"ice" is totally on the extended playlist.


look around the grass is high the fields are ripe its the springtime of my life..

Jeff Buckley: Good for winter - YES! However, clearly not better than Dolly Parton circa 6:45AM in the wintry snow-capped mountains of Vermont.

Lovers in Hoodies: Agreed. In a major way. I love love loveee seeing hawt boys and girls in hoodies in the winter. Sadly, I’m not sure any human – no matter how good lookin -- is sexier than BULLDOGS in hoodies. Let’s be real – that’s just the stuff dreams are made of.

The L Word Day: Girls who like other girls. Umm that’s just weird and junk.

The Seasonal Affective Disorder Playlist: Ah yes –you have indeed mastered a most appropriate cold-weather playlist. After having reviewed the list thoroughly, I believe you have only mistakenly neglected the following slections: the pippi longstocking theme song. rainbow connection/kermit the frog. flashlight/parliament. strokin’/clarence carter. anything hanson. brother man get hip/kid ‘n play. magic dance/david bowie

mr. burt and your bees and your affordable line of moisturizing products in small containers: I have all confidence that Monsieur Burt is capable of inventing a line of products which would protect us all from Donald Trump. Anyone with me? ::diligently writes a letter::

children in a lot of winter gear: um … waddya say you and me get one (a small child of our own) – like from china or something – and dress it up in a little snow suit and one of those cute little hats like fievel wears in “An American Tail” -- yah? yes.

empire corner: take me there.

sleeveless coffee: how bout you wear a sleeveless shirt (in the white beater vain) while drinking starbucks and I’m soooo yours.

Woooow. The ongoing self-involvement of w___e women in America never ceases to amaze me. Learn to spell and then learn to write. It will help your blog in the future.

1. drew: aside from names of musicians (whom I don't believe are included when one "learns" how to spell), there are no spelling errors in this post. If there are, please enlighten me. I know I mess up a lot and am always looking for ways to improve. As for my self-indulgence: yes, my ability to self indulge (p.s. you realize this is all tongue-in-cheek, right? did I spell tounge right? hm.) never ceases to amaze ME too! I mean really, I can just talk about myself FOREVER-EVER. Like most white girl bloggers, I guess. I guess you shouldn't read them if you don't like them? And I am learning how to write. Slowly, but surely, I think.

2. Heather: Referencing "Fievel" from an American Tail is obviously one of my favorite referneces of all time, followed closely by Pippi Longstocking, who, as a child, was my hero (look at me, self-indulging, Drew! I told you I can go on foreeevverr!!) because she cleaned the house by strapping sponges to her feet, which seemed like magic. I DID neglect David Bowie, you are so right.

Empire Corner will take itself to us.

And what if I wore a wifebeater with a Starbucks sleeve on my upper arm? Like a soldier of cappuccino?

I'm ready for the baby. Bring it on.

the spelling error/bad grammar guy sounds bitter & possibly jealous to me. I propose he thinks of better (like possibly accurate) insults next time. Also hear of, once you learn the rules you can break them? Sometimes, in creative writing - not technical writing, which I'm sure he's a master of - "incorrect" spelling or grammar can be used stylistically. Run-on or fragmented sentences, for instance. But mostly I'm just amused that he was so angered by this that he felt the need to leave a spiteful comment.

Tongue was right the first time. I often misspell that one myself...

(I bet he has major problems with my grammar, spelling and usage of the word 'like'.)

And I think the word "like" has entered it's meta-phase. Like--like means something in and of itself now. And is therefore like, okay. to use. Whenever.

I just came across this blog and found it very interesting indeed.Thanks for sharing.